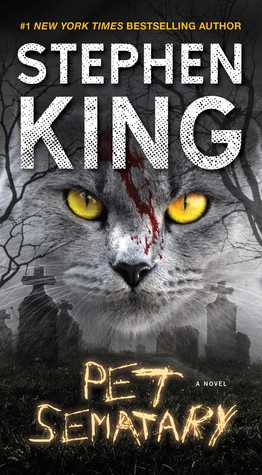 Maybe she’ll learn something about what death really is, which is where the pain stops and the good memories begin. Not the end of life but the end of pain.

This book is so twisted.

I don’t know what it was, but while listening to the audiobook, this book made me feel ill. Granted, I have anxiety, so that might have been the reason why I had heart palpitations, headaches, bright red cheeks, and nausea while listening to this book. No book has ever made me feel this sick to my stomach. That should tell you how disturbing and upsetting it was. I’m actually convinced that this book somehow contains bad juju, or some curse that courses through your veins while you’re reading it. But I really can’t complain because it’s one of the best books I’ve ever read.

I think it’s better to go into it not knowing much about it. Here’s what I’ll tell you: it’s set in Maine, it’s very much centered around death, grief, and loss, there are excellent characters that steal your heart, there are terrifying scenes that I will likely never forget, and it’s one of the most terrifying Stephen King books I’ve read to date.

Cats were the gangsters of the animal world, living outside the law and often dying there.

I have to say, I watched the movie a few years ago and figured I didn’t need to read the book. However, the new adaptation is coming out soon, so I decided to read the book before watching it. I thought I was prepared for what was coming because I knew to watch out for it, but I was wrong. I wasn’t prepared for anything. It was all shocking and gruesome and horrible. But I couldn’t put it down. I had to keep going.

I’m not sure how I feel about death anymore. I’ve always feared it, but not for the reasons I fear it now. 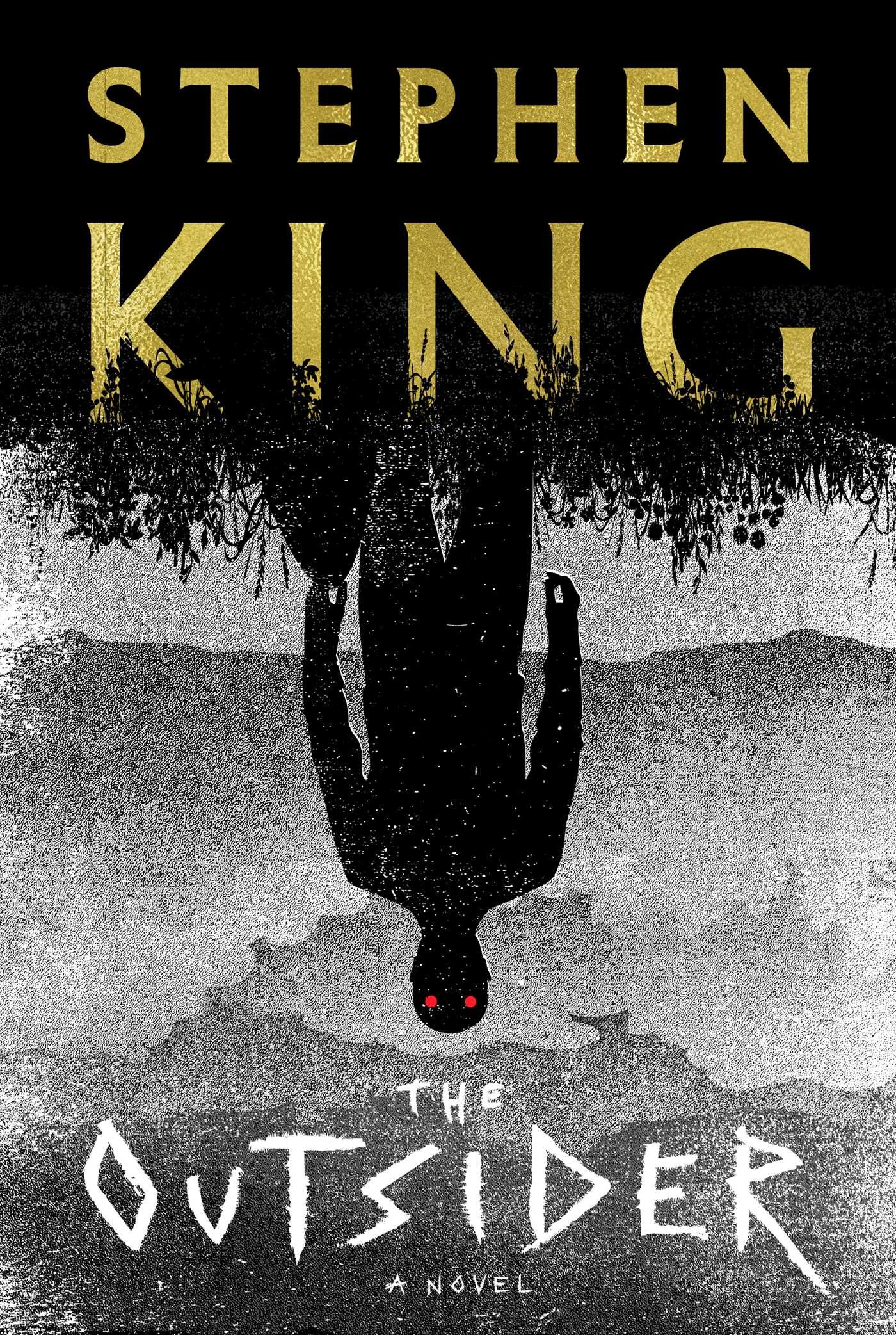 “Time had passed. And time probably did heal all wounds. But God, some of them healed so slowly.”

I have to be honest. I was hesitant about picking up this book. The summary made it sound just like your average mystery story. I’m not really into mysteries, so I kept putting this one off. But I’m glad I gave it a chance. It might not have blown me away, but it did keep me very entertained.

This book follows the investigation of the brutal murder of a young boy in a small town where everybody knows everybody. The main suspect, seen by many witnesses in the town, is a well-known coach named Terry that’s always surrounded by young boys. All clues point to him being guilty. All except his solid alibi that proves he was miles away during the time of the murder. All that leaves is the impossibility that this man was in two places at once. Here begins the mystery.

I was very intrigued by the premise. I’ve been really into true crime lately, and that’s what this book felt like: a supernatural true crime story. And it was really interesting. I wasn’t sure who, or what, the killer was, and I just wanted some justice for that poor boy. I was sad, though not surprised, when my favorite character was killed. It’s just like Stephen King to do that. But anyway, I enjoyed this book nonetheless.

Although it felt a little too long, I’d recommend this book. It kept me hooked from start to finish. I loved the characters, the plot, and the satisfying ending.

“He didn’t need a psychiatrist to point out that writing had its autoerotic side — you beat a typewriter instead of your meat, but both acts depended largely on quick wits, fast hands and a heartfelt commitment to the art of the farfetched.”

Paul Sheldon is a best-selling author who, upon finishing his latest manuscript, gets into a car accident during a snow storm. He wakes up to his #1 fan, Annie Wilkes, who keeps him hostage in her house, which is easy since his legs are broken and he’s in a lot of pain. This is where Paul’s nightmare begins. And man, it’s quite a nightmare.

I wanted to give this book a try because I’ve seen the movie, and loved it. However, I found the book to be much different from the movie. I was completely horrified by everything that happened. I’ve read some gruesome things, and I know Stephen King’s style of writing, but this took it to another level. Annie was a devilish villain. I listened to the audiobook, and every time Annie spoke, I cringed. By the end, I was a little traumatized by that voice.

Although I appreciated how absolutely creepy and horrible Annie was, I didn’t like that she was described as this fat ugly woman. I feel like there’s this common trend to make all evil people fat. Also, I know Annie had mental illnesses, but the portrayal of them kind of bothered me. King would sometimes describe her symptoms as depression and mania, and I was wondering if he had made her bipolar. Was he saying that bipolar people kill because of those symptoms? It just made me a bit uncomfortable.

Overall, the book gave me chills. I had this sense of hopelessness throughout. I saw Annie the same way Paul saw her, as an unbreakable goddess. It was hard to remember sometimes that she was just another person. Evil, but still a person. I like it when Stephen King makes real people the monsters of his stories. That gives it a deeper layer. It adds to the horror of it all.

This wasn’t my favorite Stephen King book, but it was still a good one. I went into it hoping to freak myself out, and it delivered. So I’d say it’s worth reading. 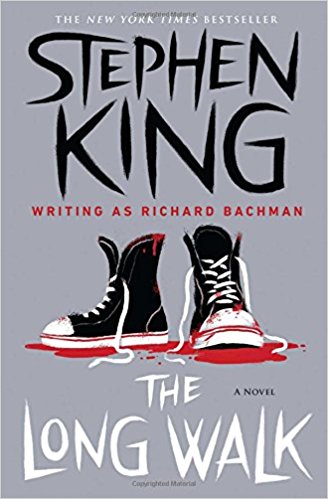 I will probably never forget this book. It became an instant favorite.

“They walked through the rainy dark like gaunt ghosts, and Garraty didn’t like to look at them. They were the walking dead.”

I’m really in my feelings right now. It’s been a couple of hours since I finished The Long Walk and I’m still processing this book. It was gut-wrenching, terrifying, and beautiful. I’m going to try to be as coherent as possible.

The basic premise of this book is that in a dystonian U.S. society, every year 100 teenage boys get to participate in The Long Walk. The rules are simple: everyone must walk at a speed of 4mph, they get three warnings if they slow down or stop walking, after the third warning, they get killed by one of the many soldiers walking beside them. They start in Maine, and walk for days, struggling with exhaustion, heat, rain, hail, and their deteriorating bodies. In the end, there can only be one survivor.

The narrator, Ray Garraty, was very hard to figure out at first. I was wary about him. I wasn’t sure I could trust him. But the more I got to know him, the more he grew on me. Sometimes he was cruel, but he immediately apologized and felt remorseful. I really liked him. Garraty quickly became friends with Peter McVries, the boy with a scar on his face. They had such a great friendship. I loved McVries from the beginning. As the story progressed, the two boys constantly saved each other’s lives. Not many other characters did this, which made them stand out.

The other boys were all intriguing. Stebbins was another one of my favorites. He was the quiet, reserved boy, always in the back of the group. I found him absolutely endearing, and I wanted to protect him somehow. I sympathized with most of the boys. I was rooting for each and every one of them, even as they continued to die. And the ways they died were very gruesome at times. There were times when I felt sick to my stomach at the detailed descriptions of their deaths. But I needed to keep going, just like the rest of the boys.

The prose was incredible. I was reminded why Stephen King is one of my favorite writers. I felt like I was walking right next to the boys. I was completely immersed in the story. I felt their pain. I felt the soreness of their feet and legs. I felt their anger and hopelessness. I felt their sadness. I felt it all, and I kept wanting to save them all. But then I was reminded that they had chosen to participate in this horrible walk. That was the greatest thing of all. Those boys put themselves in that situation, each of them thinking they would win. The winning prize? A lot of money, and whatever else they wanted.

The scariest thing about this book was witnessing how every one of those boys regretted their decision once they were already in the walk. They felt the reality of their situation, but it was too late to back out. They just had to keep walking, and walking, and walking.

I completely fell in love with this book. I heard it was being turned into a movie. I really hope they execute it well. I need it to do the book justice because this book is fantastic. I want to read it many times in the future. Until I’m as exhausted as the characters. Until I can’t read anymore.