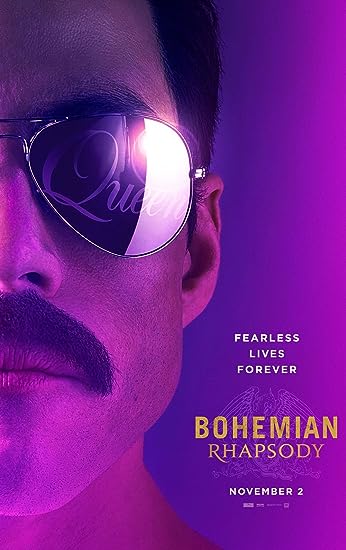 Bohemian Rhapsody isn’t just the story of Queen, and their incredible front-man Freddie Mercury. This movie is about a queer, talented misfit from Zanzibar. Before this movie, I didn’t know a single thing about Queen outside from knowing all of the lyrics to Bohemian Rhapsody thanks to my love for karaoke. I didn’t know a single thing about Freddie Mercury. I went to see the movie simply out of a whim on a night out with my friends.

While I was watching the movie, I was completely surprised to find that Freddie Mercury was, in fact, not straight. It wasn’t at all what I had been expecting, but I loved the portrayal. On screen, Freddie was an effeminate man with beautiful moves and a voice like no other. The story is a classic “rags to riches” story, and that was what I had been expecting. But I didn’t know there would be so many layers to it. I loved seeing Freddie’s family, his dynamic with the rest of the band, his days touring, and the way he felt so strongly for Mary.

I am aware now that many details in the movie are not true. Many things were changed, probably to add tension and build up to the famous Live Aid concert scene, which is a big moment in the movie. I think the film had a great balance of everything. But I don’t think I would have enjoyed the movie as much as I did had it not been for Rami Malek’s amazing performance. The man has talent. Actually, now that I’ve delved into the world of Queen, I think Rami Malek is a bit similar to Freddie Mercury. I think they’re both incredibly blunt and honest in everything they do. I also believe the rest of the cast fit the band members very well.

The most meaningful thing to me was seeing Freddie Mercury being idolized and loved, to this day, while knowing all of those details about his life. I couldn’t believe that there was this outstanding queer icon in the world that I was not aware of. Being pansexual, I live for any queer representation in the media. Seeing people worship this man for being who he was made me so happy. I think this is an important movie for the LGBT+ community, even though they mostly labeled Freddie as gay, despite him identifying as bisexual. But that is not surprising, considering the constant erasure of bisexuality. However, I still think this movie is excellent and deserves a lot of love.